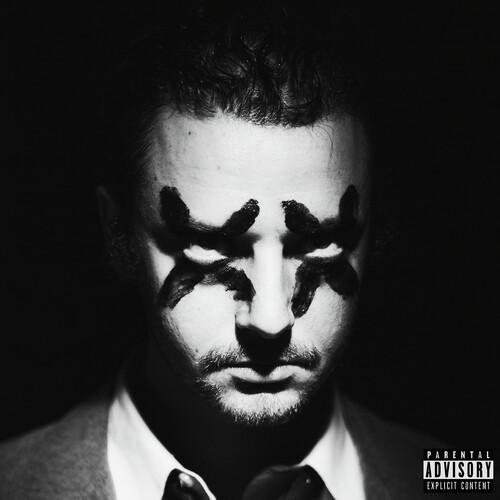 Death Of An Optimist

2020 release. Grandson's debut EP trilogy of Modern Tragedy 1, 2, and 3, which turned Canadian-American singer, songwriter, and musician Jordan Edward Benjamin into a vocal spokesperson on some of today's most pressing political and social issues, Death of an Optimist continues grandson's dynamic search for meaningful change with some of his most clear-eyed and assertive songwriting yet. 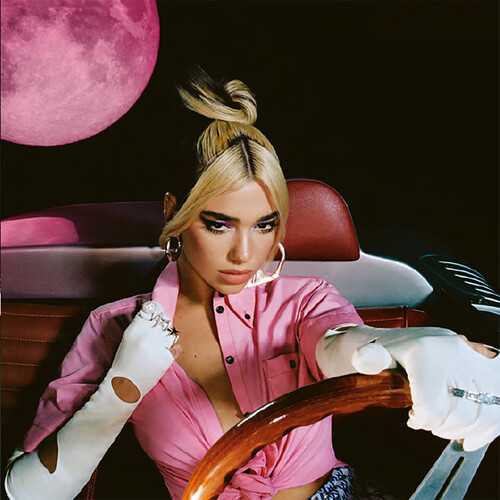 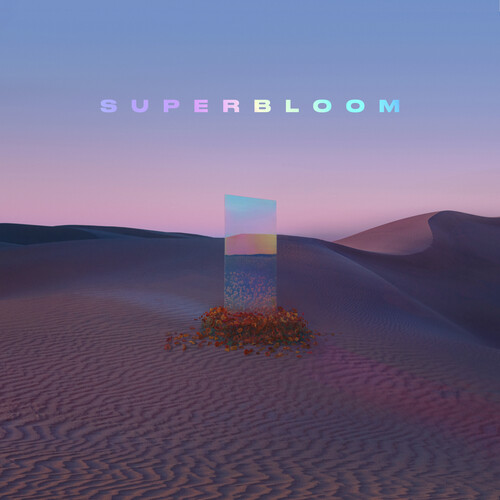 2020 release from New York City-based group Misterwives. An intensely personal reflection on growth in unexpected places, Superbloom is a 19-track epic (including five tracks also featured on the group's 2019 EP mini bloom), that marks a moment of major transformation for frontwoman Mandy Lee and her bandmates. Inspired by a trip to California's Antelope Valley to see the superbloom, frontwoman Mandy Lee commented on the track, "Standing amongst the vast and vibrant flowers that weren't supposed to grow in the desert terrain, I was moved by it's beauty and accurate representation of where I was at in life. Just like the flowers, I had grown in unexpected places. After experiencing a not-so-graceful and incredibly turbulent fall to rock bottom, I picked myself up and slowly grew through the pain. I felt an awful lot like these resilient little poppies that came out the other side against all odds - and I think that deserves congratulations." 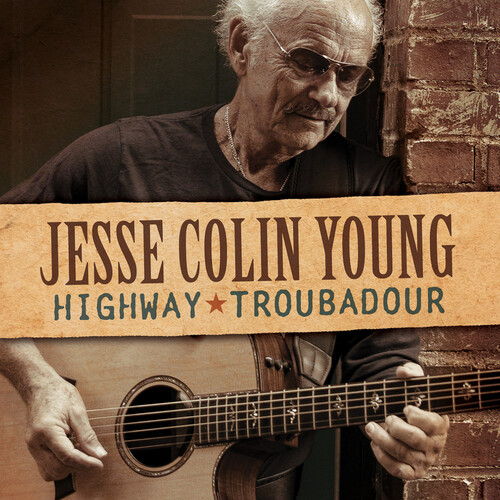 New album of reimagined songs from throughout his career, providing a fresh take on some of the material that put him on the map years ago with the Youngbloods. 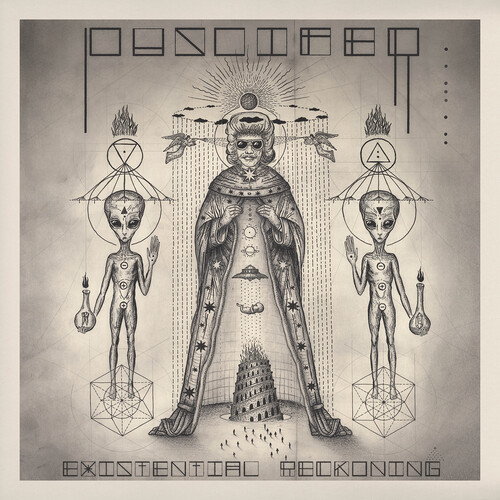 2020 release from this band led by Maynard James Keenan (Tool/A Perfect Circle). Born somewhere in the Arizona desert, Puscifer is an electro-rock band, multimedia experience, traveling circus, and alien abduction survivors. Formed in 1995, under the name Umlaut, his debut album, Don't Shoot the Messenger, came out in 2007, followed by their debut album, V Is for Vagina, in 2007. This was followed by Conditions of My Parole in 2011, and the latest album, Money Shot, in 2015. 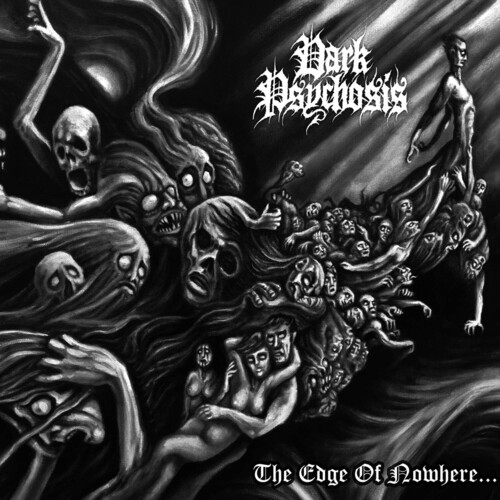 The Edge Of Nowhere [Limited Edition]

Scene Legend Xaphan (SUMMON & MASOCHIST) returns with a genre-bending new album through DARK PSYCHOSIS!!! Joy Division sacrificed by Slayer, Pink Floyd mutilated by Watain... make whatever abstract comparisons you wish - DARK PSYCHOSIS have crafted and perfected a unique sound all their own. "The Edge Of Nowhere" marks their 3rd album and Moribund Records debut. There will be 2 Digital singles issued prior to the album release date, each with an exclusive "B-side" bonus track not available on the full album! Lead by 30+ year scene veteran Xaphan, best known as the singer/guitarist/songwriter from both Legendary Michigan bands SUMMON and MASOCHIST, DARK PSYCHOSIS creates a genre-bending new sound. Incorporating elements from indie rock, psychedelia, classic heavy metal, darkwave, post-punk, thrash and, of course, black metal, "The Edge Of Nowhere" is a ripping album sure to reach far beyond the parameters of Heavy Metal! All formats of the album contain unreleased bonus tracks, the Digipack CD version features "Wrath and Woeful" while the Digital release holds a Thrashing Black Metal take on the G.G. Allin cult classic "Drink Fight And Fuck"! From Goth-New-Wave tinged tracks like "The Edge Of Nowhere...", to MASOCHIST / SUMMON styled Black Metal classics, to old-school ripping Thrash fist-bangers like "Ominous Black", this album has a little bit of everything for lovers of truly unique and dark music! 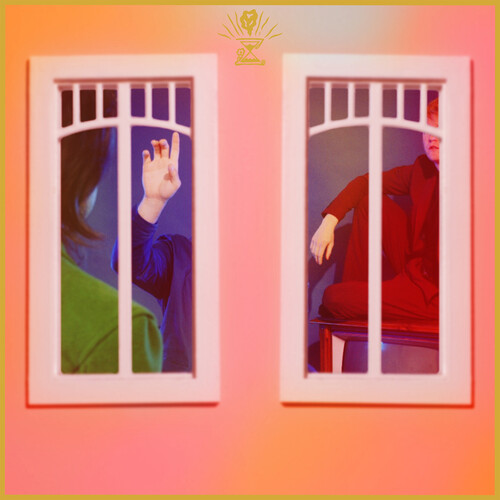 Once Upon One Time

The new album finds Johny Fisher and Aaron Martin expanding their swinging rock music to encapsulate cosmic orchestral pop, squishy funk, swelling folk rock, and everything in between-shattering any boundaries they'd previously set for themselves. Once Upon One Time is the latest evolution in a creative partnership that dates back to 2016, when Fisher-who'd previously been in a carousel of bands with Martin-grew tired of work as a hired-gun touring musician and made the latter an artistic offer he couldn't refuse: "I went back to Aaron and said, 'Please, start a band with me, I'm dying to,'" he recalls with a laugh. Since then, the duo's released two full-lengths-2017's Love You, Mean It and last year's Tell All Your Friend-that attracted an increasingly rabid fan base and eventually caused the group to be a regular touring act as well. "Okey Dokey has never just been Johny, Jeremy, and I," Martin states. "It takes far more than the three of us to make our records-it takes our family and friends, our team, our video directors, photographers, press agents, our beautiful audience, and our love. We're done just being a band. We're a community now."

Okey Dokey
Once Upon One Time
Quick View 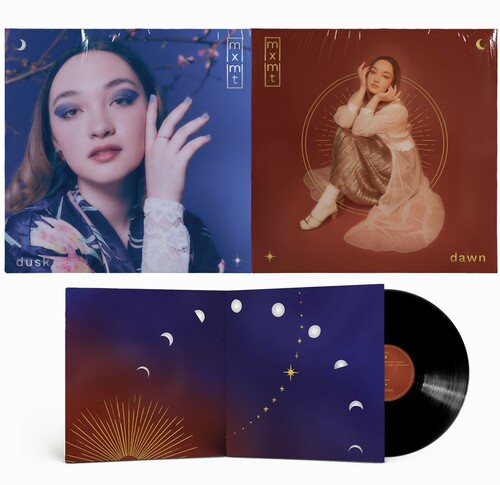 mxmtoon, the Oakland-raised, Brooklyn-based artist known as Maia, is back with dusk: the second of two thematically interconnected EPs. If dawn from earlier this year drew from the gentle optimism and hope found in gorgeous sunrise, dusk is a beautiful exploration of the other side of the emotional duality that is the human experience.

dawn & dusk together are at once recalling of mxmtoon’s earlier work while also expanding her sonic horizons more than ever before, an exciting new direction suggesting that the sky is the truly the limit for Maia’s artistry.